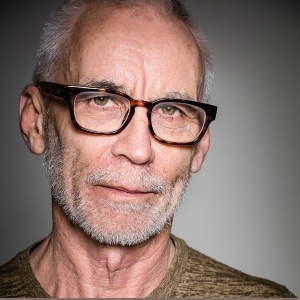 Mahana (2016) is internationally acclaimed director Lee Tamahori’s first New Zealand film in 20 years, and has been described as ‘the New Zealand story that brought Lee Tamahori home’. The film, and the Witi Ihimaera novel Bulibasha: King of the Gypsies (1994) on which the film is based, explore universal themes of family, loyalty, love and rebellion. Tamahori will discuss what drew him to work on the project, the creative tensions implicit in translating an iconic book to the screen and the creative environment that has shaped and influenced his body of work.

New Zealand film director Lee Tamahori (Ngāti Porou) won acclaim for his first feature film and the third highest grossing film ever made in New Zealand, Once Were Warriors, based on an adaptation of the Alan Duff novel of the same name. It examined a world of domestic violence and gangs for an urban Maori family. Since then Lee has established an international career with films including the James Bond blockbuster Die Another Day, and the thriller The Edge. In 2015, he returned home to direct the film Mahana which debuted at the Berlin Film Festival. Based on the novel Bulibasha, by Witi Ihimaera, it is about two families battling for supremacy against a backdrop of intergenerational and social upheaval.

Anne O’Brien is the Festival Director of the Auckland Writers Festival, New Zealand’s premier festival of books and ideas presenting a 150+ event programme for six days each May and attracting attendance of more than 65,000. She has been with the Festival since 2011 and is responsible for both artistic programming and organisational leadership. Anne is a trained journalist who worked in public broadcasting and has experience across both the private and public sectors in finance, negotiation, event production and management, sponsorship and administration. Previous roles include Manager of Wellington Writers & Readers Week and Executive Director of the not-for-profit organisation Women in Film and Television.