How to successfully bridge the cultural gap to your Western husband/ boy-friend as a Chinese Women! 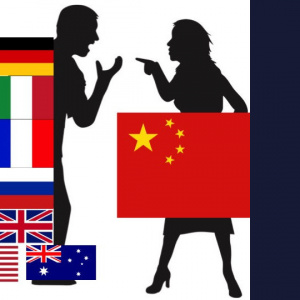 A romantic relationship or marriage is always a challenge and a cross-cultural one even more, especially when the two cultures are very destinct like it is the case with Chinese vs. most Western cultures. Adding language problems to it makes it even more difficult and not few couples fail to bridge the cultural and language gap. Don‘t miss this workshop if you are a Chinese Woman who is sometimes or often struggling in the relationship with your Western partner.

Participants can expect from this 2 hrs interactive sharing session:

About the Faciliator Tilman Rieger:

As a US American Born German Living In China (ABGLIC) for almost five years Tilman has a dual nationality, is married to a Mongolian-Chinese woman while Chinese is the  only language he and his wife can communicate with each other. They started their relationship 2,5 years ago with only 500 words in common. Meanwhile they have increased their common vocabulary considerably and are happily married despite of major cultural differences and still substantial language barriers.

Having lived, studied, and/or worked in Chicago, Frankfurt, London, Paris, Madrid, Zürich and now Shanghai Tilman is not only a cosmopolitan but also fluent in German, English and Spanish, and proficient in French and Mandarin.

Tilman can look back on more than 10 years of cross-cultural relationships with failures, painful learnings, great cultural enrichment, deep connection and a lot of personal growth. During the past five years of living and working in China he has been professionally dedicated mainly to the field of cross-cultural communication. Tilman is not only a certified leadership coach but also one of the few Western Compassionate Communication experts based in China (also known as non-violent communication). Another field of his expertise is Transactional Analysis, a comprehensive human behavior model used in psychotherapy, coaching and other related areas. In the past years he has facilitated numerous workshops in his fields of expertise and has helped over hundred Westerners and Chinese to increase their intercultural competence, learn how to communicate with more compassion and strengthen an attitude of mutual respect.

Tilman also looks back on ten years of leadership career in the automotive industry and has almost 15 years of corporate HR experience. He holds degrees in Personnel Management & Economy as well as a Master's in Educational Science, Psychology and Sociology.