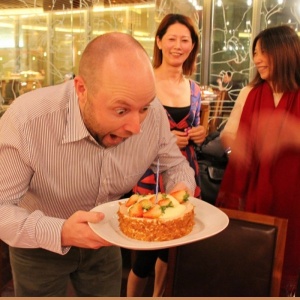 Rob Schmitz is the Shanghai Correspondent for National Public Radio and author of Street of Eternal Happiness: Big City Dreams Along a Shanghai Road (Crown, 2016). From 2010 to 2016, Schmitz was the China Correspondent for the public radio business program Marketplace. Schmitz has won several awards for his reporting on China, including two national Edward R. Murrow awards and an Education Writers Association award. His work was also a finalist for the 2012 Investigative Reporters and Editors Award. His reporting in Japan — from the hardest-hit areas near the failing Fukushima nuclear power plant following the earthquake and tsunami — was included in the publication 100 Great Stories, celebrating the centennial of Columbia University’s Journalism School. In 2012, Rob exposed the fabrications in Mike Daisey’s account of Apple’s supply chain on This American Life. His report was featured in the show’s “Retraction” episode, the most downloaded episode in the program’s 16-year history. Prior to his radio career, Schmitz lived and worked in China – first as a teacher for the Peace Corps in the 1990s, later as a freelance print and video journalist. He has a Master’s degree from Columbia University’s Graduate School of Journalism.