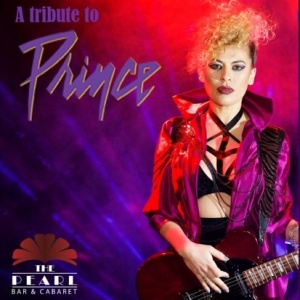 The Pearl presents in the Tribute Concert Series, a tribute to "Prince" from the performers who brought you Amy Winehouse ! Performed by Naomi Fitch from The Cotton Club and her band.

Prince, is an American singer-songwriter, multi-instrumentalist, and actor, and has been a major figure in popular music for over three decades. Prince is renowned as an innovator and is widely known for his eclectic work, flamboyant stage presence, and wide vocal range. His music combines rock, R&B, soul, funk, hip hop, disco, psychedelia, jazz, and pop. Prince has sold over 100 million records worldwide, making him one of the best-selling artists of all time.

Resident singer Nom from The Cotton Club, will be performing the best of Prince's work accompanied by some of Shanghai's finest musicians. Prince’s greatest songs such as »Purple Rain», "When Doves Cry», «1999"and "Kiss" will feature!

So for two night only “let’s go crazy” together!