May 23: Josh Tyas Stand-up Comedy "This Relationship is a Joke" 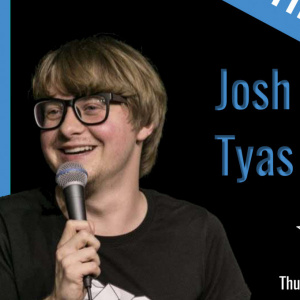 "This Relationship is a Joke"

Josh is a British comic based in Shanghai who has been performing since 2014. He has gigged all over Asia and the UK, winning the China international comedy competition in 2018. he has a very unique, original style, combining the observational, improv and surreal.

Maple Zuo has performed stand up comedy in both English and Chinese. She started performing in 2017, becoming a regular at the KFK comedy club in Shanghai. She recently performed in tours around Beijing, Shanghai, Hangzhou, Shenzhen and the Philippines. She is also the founder of Shanghai China girls comedy club, It’s an English Comedy night showcasing the talents of Chinese female comics.

Tickets (scroll to the top to purchase):

(Note that tickets are not refundable)