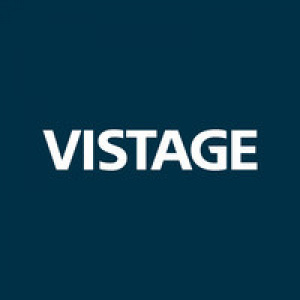 ABOUT THE EVENT :  Join Vistage Worldwide on Friday, February 21, 2019, from 1:30pm  to 5:30pm at the Vistage Shanghai offices located at the Lippo Building, 25th Floor (222 Huaihai Middle Road, Huangpu, Shanghai) for a networking and introduction session (English Language). Wine, coffee and tea and snacks will be provided.  Meet a variety of business people in different industries and learn about the amazing success of Vistage and its members.

ABOUT THE VISTAGE WORLDWIDE:  Vistage Worldwide is the world’s largest executive coaching organization for small and midsize businesses. For more than 60 years we’ve been helping CEOs, business owners and key executives solve their toughest challenges through a comprehensive approach to success. At the heart of our proven formula is confidential peer advisory groups and executive coaching sessions.  However you achieve success, each journey is unique. But one thing is certain: You can get there faster with the help of others.  High-performing CEOs join Vistage because they want to connect with other like-minded executives though a trusted, proven leadership experience — one that delivers results, both personally and professionally. It’s where leaders get fresh perspectives, clarity and support to make the big decisions.  You can share expertise and challenge one another to think critically to arrive at better decisions. Through this ongoing collaboration, we help build lifelong leadership excellence that elevates companies, strengthens communities, and fosters sustainable growth. According to a study by Dun & Bradstreet, Vistage member companies grew 2.2 times faster than average small and midsize U.S. businesses. Take the next step.  Become part of a powerful community of high-caliber executives who share their perspectives to help you become a better leader, make better decisions and achieve better results.

ABOUT THE CHAIR:  Michael Rosenthal has managed organizations for more than 20 years. He graduated in 1985 from the University of Massachusetts with Departmental and University Honors and in 1988 from the American University Washington College of Law. He clerked for two U.S. federal judges and served eight years as a Federal Prosecutor with the United States Department of Justice, receiving an Outstanding Trial Attorney Award from the U.S. Attorney General in 1993 and 1996.  Michael moved to the Republic of Palau in 1998 and served as Special Prosecutor and later Minister of Justice for the country.  He taught law at the Palau Community College and served two years as the Palau Bar President.  Michael moved to China in 2005 to act as Asia Pacific CEO for Day Light Inc., USA, and subsequently worked in various industries including environmental, education, human resources, fashion, retail, health/beauty and media.  He is the founder and President of US Green Solutions and runs the Investment and Economic Enterprises Business Community (”IEEBC”).  Michael is a highly rated professional trainer and executive business coach who has provided services to many Fortune 500 companies including Baxter, Bayer, Shanghai GM, Johnson Controls, SAP, SAIC, Volvo, Prudential and others.  He is additionally an actor/model who has appeared in numerous movies/television shows/commercials.  He has also produced/directed various promotional videos, and has been a host/emcee/panel facilitator/auctioneer for many events including the President’s Roundtable on Cancer, the Fur Free Fashion, SIAS and AmCham Charity Galas, and the International Solid Waste Management Summit.  Michael served four years as Chairman of the AmCham Environmental Committee and currently serves on the AmCham Board of Governor