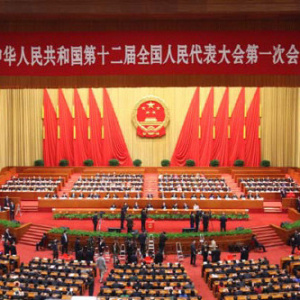 What would the next five years under President Xi look like? How will the National party congress impact business and politics? Join the British Chamber, CBBC and the Australian Chamber for a thrilling breakfast event, our expert panel of speakers will help breakdown the conclusions from the 19th party congress and give recommendations for your business to navigate the post congress business environment. Dr Geoff Raby, former Australian Ambassador to the PRC, David Kelly Director of Research from China Policy and Rachel Morarjee Director from the Economist corporate Network will all give their insights to the most important meeting of the Party in recent years.

8:00am - 8:05am Opening Introduction by Nicholas Holt Chairman of the British Chamber of Commerce

Previously, he was the assistant director of the 21st Century China Program at the University of California, San Diego. In his role at The Conference Board, he is responsible for the Center’s program development and member engagement, and coordinates the Center’s research on China’s political environment, with a focus on the workings of the Communist Party and its impact on foreign investors. He holds a Master’s degree in modern Chinese studies from the University of Oxford and a BA in economics from the Loyola University Maryland.  His book, Under the Red Flag: The Battle for the Soul of the Communist Party in a Reforming China, will be published by the University of Oxford Press in 2018.

David leads research at China Policy, with main responsibility for the geopolitics team. Over thirty years his work has ranged widely across issues affecting China’s economic, political, and social institutions. These threads combine in his current work on China’s strategic positioning, political risk and the external impact of domestic policy.

David models policy risk with the aid of a three dimensional paradigm: legacy issues specific to Chinese history; ‘deep troubles’ that all policies seek to address; and China’s official belief system, the unspoken accompaniment of policy development. His close engagement with academic and research institutions in China affords him access to the conversation on governance and reform among the government’s senior advisors.

David is a regular media commentator on Chinese affairs including for the BBC, the ABC, the Financial Times, Al Jezzera, Sky News and Voice of America. He is a visiting professor at Peking University. He holds a PhD from the University of Sydney.

Rachel Morarjee is director of the Economist Corporate Network, the Economist Group’s advisory network and executive briefing service. She has lived in Beijing continuously for the last three years, having begun her international media career in China in the late 1990s. Immediately prior to joining The Economist Group, Rachel worked as the Reuters Breakingviews’ China columnist, covering financial risk and China’s recent overseas investment splurge. She earlier served as a consultant at Brunswick Group advising Chinese firms on their global media strategies and non-Chinese firms on Chinese government relations.

Before moving back to China in 2013, Rachel worked as a foreign correspondent for over two decades, writing for the Financial Times in London, Moscow and Afghanistan, covering subjects ranging from the Taliban insurgency in Afghanistan to Russian banking and European stock markets. A fluent Mandarin speaker, she worked for Agence France Presse as Shanghai Bureau Chief as well as in Hong Kong and Kabul during the beginning of her career. Rachel read Chinese and History at London’s School of Oriental and African Studies.

** No-show Policy: Please note you must cancel your reservation by email to Steven Lynch 24 hours in advance. No-shows without prior notification will be charged a no-show fee. 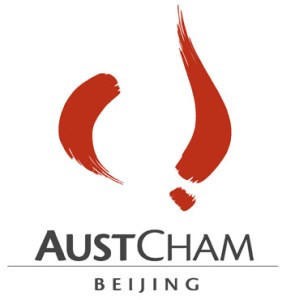 The China-Australia Chamber of Commerce in Beijing (AustCham Beijing) was established in 1996 and has as its goal the advancement of the broader Australia-China business relationship through the effective representation of its 250 members.

** No-show Policy: Please note you must cancel your reservation by email to Steven Lynch 24 hours in advance. No-shows without prior notification will be charged a no-show fee.